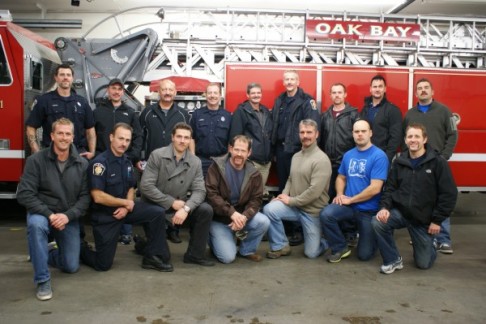 For the third year in a row Oak Bay Firefighters  put down their razors for the month of November and joined men all around the world in support for Movember.  Even some of the fire trucks were growing their Mo’s showing their commitment for the cause.
This year marked the first time that the four core Fire Departments combined their moustachery skills and formed a network that collectively raised over $4,000 for Prostate Cancer research and Mens mental health. The Oak Bay Firefighters also joined a large network made up out of 2,600 Firefighters across Canada that raised over $285,000.
The addition of Mens mental health this year to the Movember campaign was in response to the realization that there is more to prostate cancer than simply moving from diagnosis, treatment and hopefully, remission. There is a mental toll on each and every man that has to overcome prostate cancer and now they will be helped in receiving the support that goes beyond the actual direct treatment of this disease. The Oak Bay Firefighters along with their Brothers from Victoria, Saanich and Esquimalt are proud to have been apart of this fundraising campaign as we unfortunately know that one day, there will come a time where one of our own will need the help that Movember provides to men all around the World.  Thank you to all of the people that donated to our team and for the support throughout the community. And a very special thanks to our families that had to put up with our terrible moustaches for the entire month.
Random Movember Facts:
-Since it’s inception in 2003 Movember has raised over $300,000,000 for prostate cancer research and awareness.
-1 in 7 men will be diagnosed with prostate cancer.
-Half of all money raised here in Victoria for Movember returns in the form of local research and treatment funding totaling over $500,000 since 2005.
-Canadians raised $41,900,000 for the 2011 Movember Campaign
-Ram Singh Chauhan of India is the proud owner of the world’s longest moustache, officially recorded by Guinness World Records as 4.29m (14ft) long. 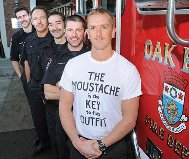 Well the idea is simple, starting on the first of every November men around the world put away their razors for the month and grow out their moustaches.

Their reward is not only the personal pride of cultivating the perfect moustache but raising money and awareness for the fight against the number one cancer affecting men, Prostate cancer.

Movembers humble beginnings started  in Melbourne Australia  in 2003.  With only 30 registered participants and zero funds raised in that first year it seemed to grow as slow as the moustaches themselves.  Despite the slow start in 2003 this simple idea has taken off and spread globally, becoming one of the most successful Prostate cancer fund raising and awareness campaigns in the world.

The 2011 numbers have not been tallied but since 2003 176 million dollars has been raised and over 1.1 million people have registered ,committed to the cause.

Moustaches and Firemen, a rich history rejuvenated for a worthy cause…….

When you see old black and white photographs of the brave firemen of years past, there was something common among theses men; a moustache.

Unfortunately there is another thing that is becoming common among firefighters.  A higher risk of developing cancer, including Prostate cancer.

Oak Bay Firefighters have been involved with the Movember Campaign since 2010 and have raised nearly $6,500 for Prostate cancer research and awareness. We have had tremendous support from the community and without this our success would not have been possible.

Look for our Mo’s again this Movember!

If you would like to donate or just have a look at our “Mo Space” page click on the link below.

Thank you again to all of our dedicated Movember supporters.

For more information please contact  Kyle, our Movember representative at 250-592-3447 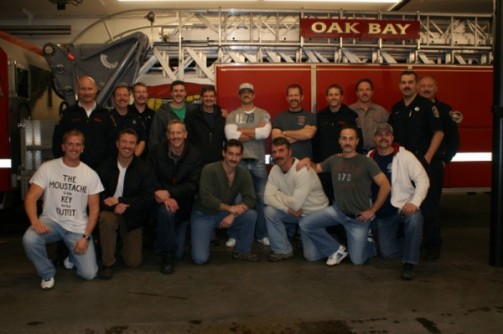