Another successful Boot Drive is in the books and we surpassed last year’s total!

A few cheques have come in late and this will likely push the total over the $65,000 making this one of the most successful Boot Drives in the last 5 years.

Recently the amazing staff at Muscular Dystrophy Canada in Vancouver researched their records to find out exactly how much money has been raised by the Lower Island Boot Drive since its inception in the late 1980s.  The records only went back as far as 1991 however the amount is staggering. Over $1,200,000 has been raised since 1991 with several years un-recorded.

Thank you to everyone in the community that helped fill our boots and to the firefighters that donated their time to hold them out.

A special thanks to all the local businesses around the region that allowed us to use their storefronts. Without their support we would not be able to have this fundraising event.

We would also like to congratulate Kalliana “Kalli” King for her amazing achievement for being awarded the Caring Canadian Award presented by the Governor General on April 17th of this year.  She raised $14,600 for Muscular Dystrophy by shaving her head when she was only 8 years old in 2009.  She has also been awarded the Volunteer of the Year Award and the Courage to Inspire Award from Muscular Dystrophy Canada.  On behalf of the Oak Bay Firefighters and firefighters around the province congratulations you are an inspiration to us all. 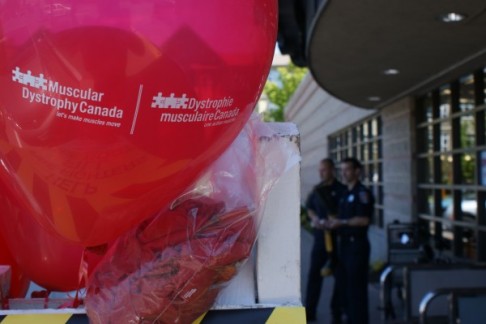 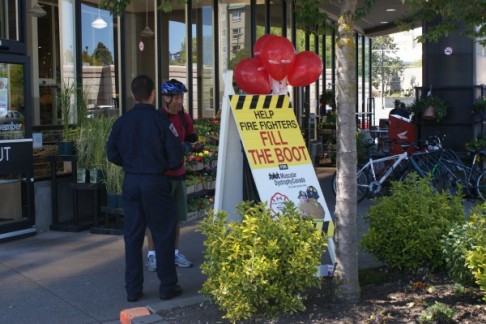 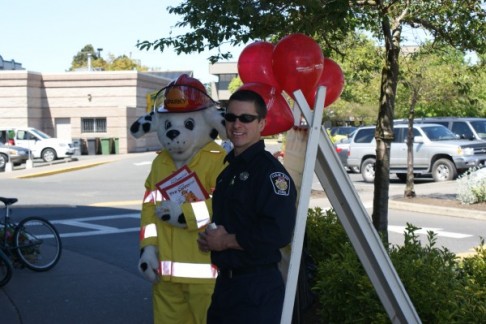 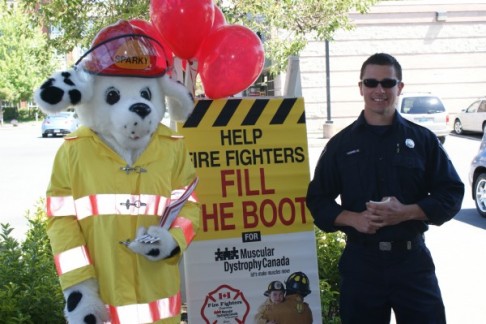 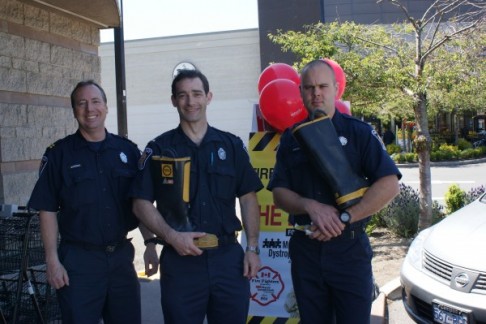 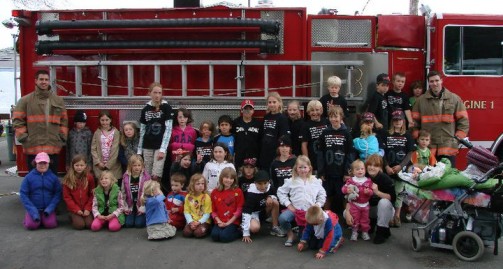 This was the beginning of a commitment that will not end until a cure is found for people affected by Muscular Dystrophy.
Just as firefighters would never give up on fighting a fire, firefighters are committed to raising money until there is a cure.
This commitment has raised over 64 million dollars for Muscular Dystrophy Canada since it’s humble beginnings in 1954.
Every year Oak Bay Firefighters participate in a Boot Drive fundraiser that takes place the Friday and Saturday following the May long weekend. In coordination with other South Island Firefighters we are proud to be a part of the highest grossing multi Department Boot Drive in B.C. This Boot Drive, now know as “Fill the Boot for Muscular Dystrophy” has consistently raised over $60,000 each and every year for the last 10 years. Look for us in front of local businesses and help us “fill our boots” on the weekend of May 25th, 26th and come out for the annual Walk for Muscular Dystrophy on Sunday the 27th at Willows Beach.
Thank you to everyone that shares our passion for finding a cure for Muscular Dystrophy by donating and “Filling our Boots”
Want to learn more about Muscualar Dystrophy?
Want to donate to Muscular Dystrophy Canada right now?
Please Visit www.muscle.ca
Watch Canada’s National Power Chair Soccer Team on the Rick Mercer Report. 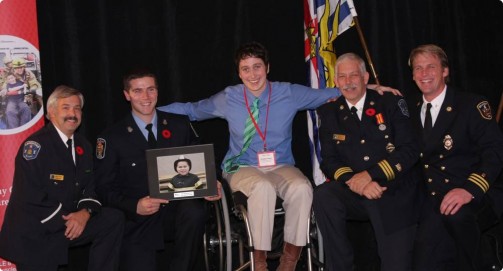