This year was close to home for Firefighters as a Victoria Firefighter has been battling cancer and is winning. At this years event he is shaving his hair which he has not cut for over a year. Way to go Dan Atkinson!

Thank you to everyone who came out or supported this event in their own personal way! 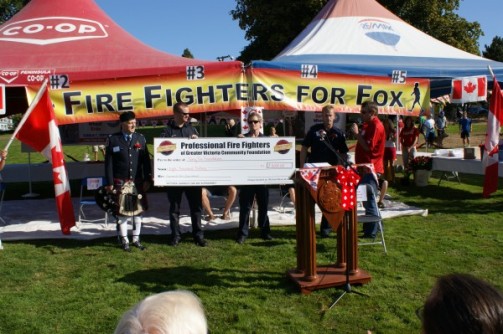 Oak Bay Firefighters along with Victoria, Saanich and Esquimalt were asked to participate in this event about 5 yrs ago. Initially we were approached by the event organizer asking if we would have anyone interested in having their head shaved while raising pledge money. We had more than enough members step up to the plate and after the first year we realized the potential in this event and the shared dream of keeping one of our nation’s heroes dream alive. Thus our unwavering support of the “Terry Fox” head shave. The event organizer then asked if they could use the slogan “Firefighters for Fox” and The Greater Victoria core obliged, and last year we we were able to donate $8000 to the foundation on behalf of the “Firefighters of Greater Victoria Charitable.” Please come and support us and this event each year at Mile “O” held on a date to be announced in September. 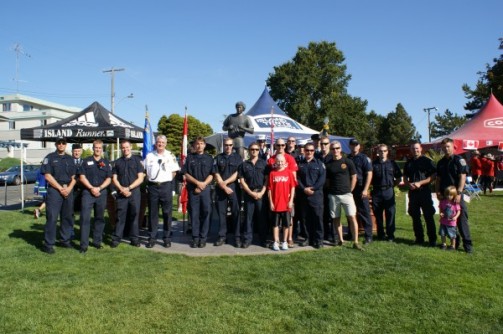 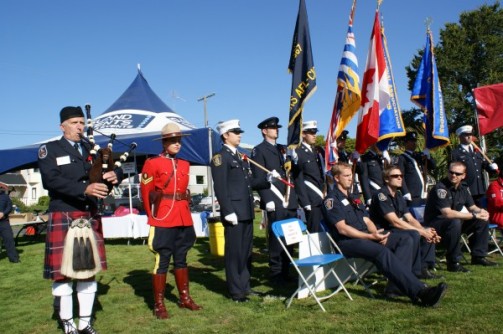 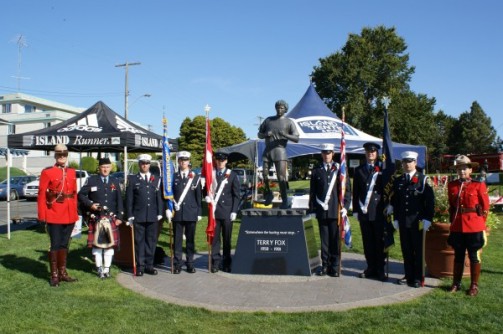 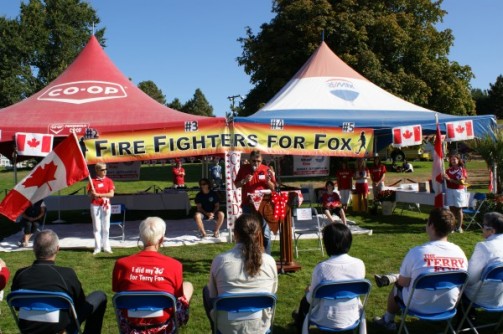 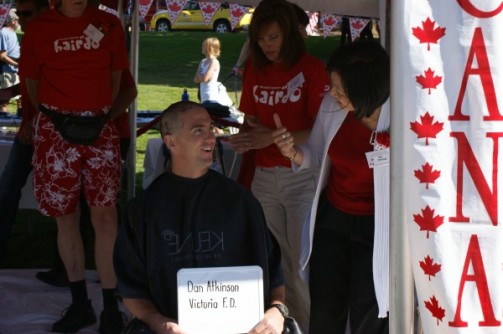 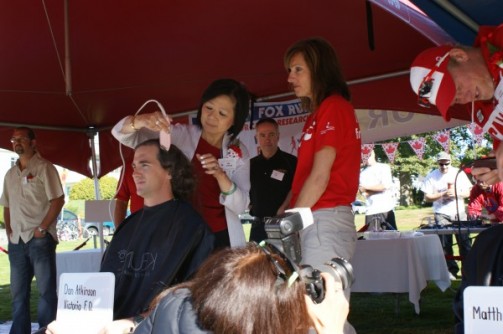 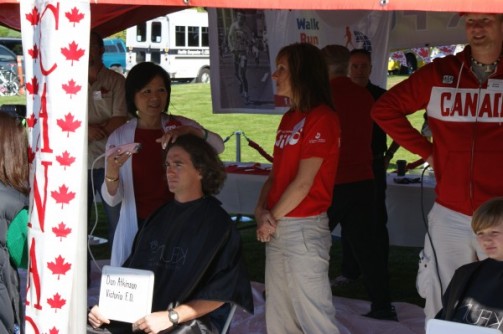 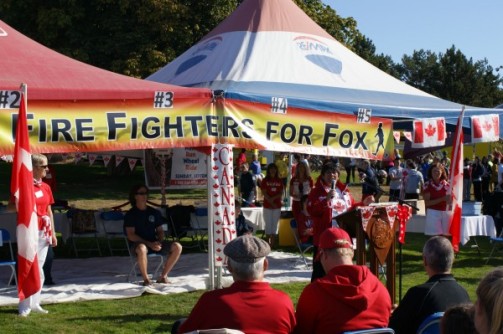 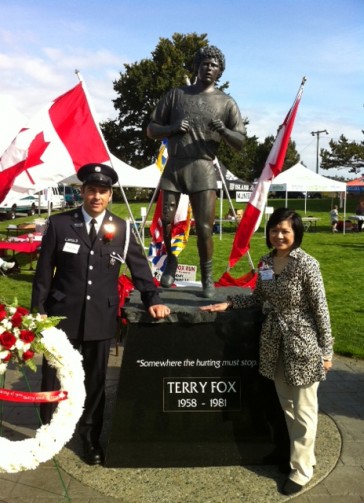